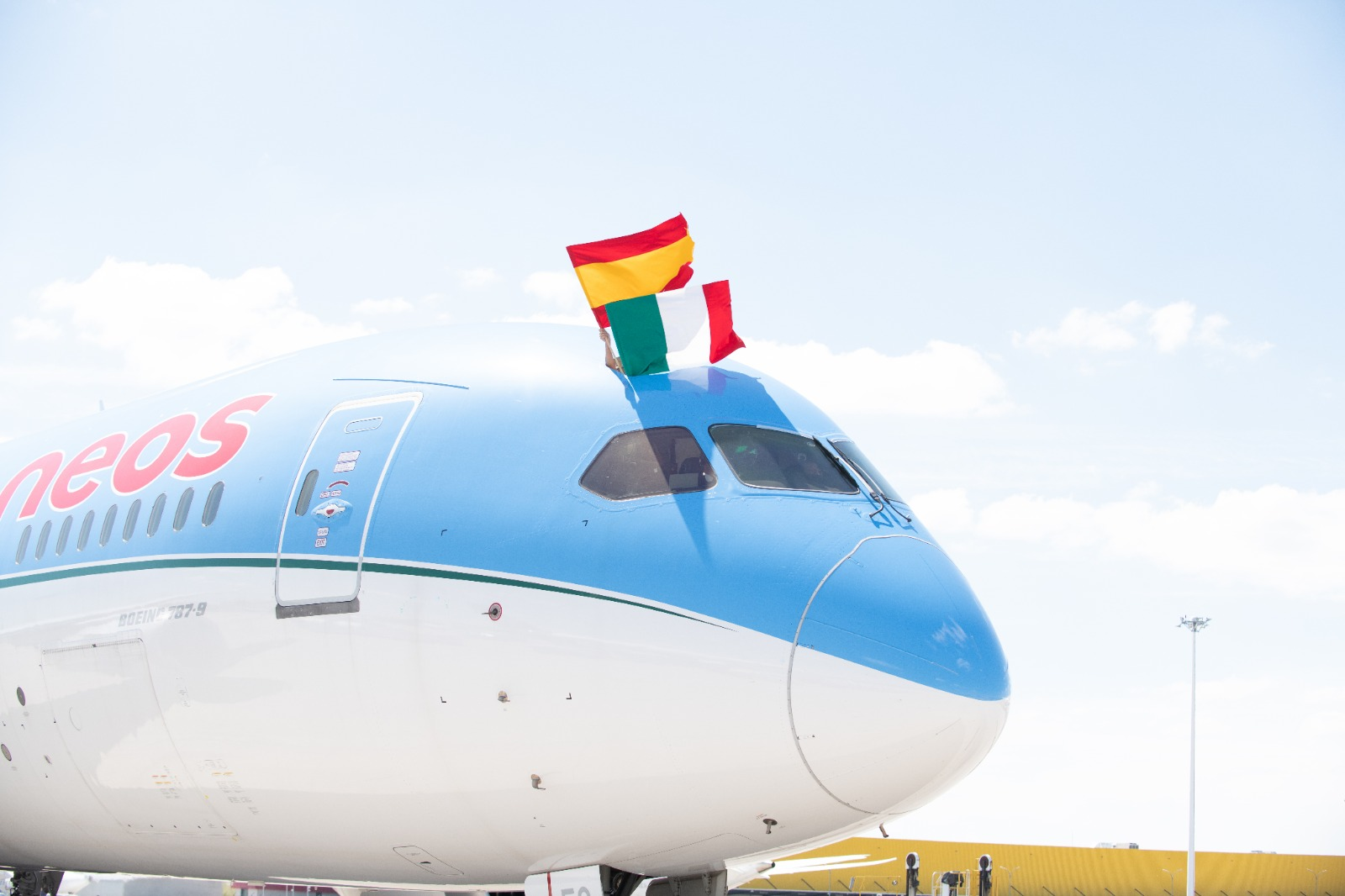 Madrid, April 4, 2020 – Alpitour Group, a leading international tour operator in Italy, has provided humanitarian aid to the Spanish Government, through its Spanish division Jumbo Tours Group, to bring medical supplies from China.  Through the airline Neos, also owned by Alpitour, Jumbo Tours Group has chartered one of its Boeing Dreamliner 787 planes, the “Spirit of Italy” to make the trip from China to Spain and bring medical supplies: the flight lands today, Saturday, at Madrid – Barajas Adolfo Suárez airport at approximately 1.50 p.m., with around 2.5 million masks. The material will be collected by members of the Ministry of Health.

The plane left yesterday, Friday, from the Shanghai Pudong airport and is carrying several tons of medical material. The cost of the entire transport operation is borne by the Alpitour Group in spirit of solidarity. Neos has the experience and the relevant authorisations to operate in China, after helping Italy with similar flights in recent weeks: specifically, 3 to Beijing and 1 to Shenzhen.

Gabriele Burgio, President of Alpitour Group, explained “our Group wanted to add its means, assuming the cost of this first flight because of the love and respect we have for Spain, a country with which we have had a close relationship for over 45 years. Spain is also home to a significant number of our main commercial partners, mainly hotel and tourist service companies”.

On his part, Ginés Martínez Cerdán, Managing Director of Jumbo Tours Group, explained “since the beginning of the health crisis, Neos has carried out strong humanitarian work in Italy: both for the repatriation of more than 20,000 Italian citizens and for operating flights that have brought medical supplies”. Martínez adds that “in view of this complicated situation that is also affecting Spain, we have taken this step, making our experience and logistical capacity available. The objective is to help, to the extent of our possibilities, the recovery of Spain and its tourism industry”.

Jumbo Tours Group is Spanish division of the international group Alpitour, the number one tour operator in Italy, with a turnover of 1992 million Euros and 70 million Ebitda in 2019.